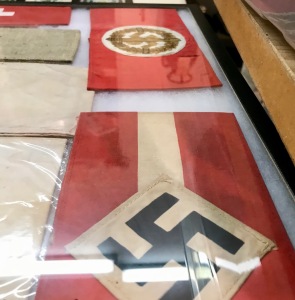 The Post quoted Terry Kovel, one of the country’s best known experts on antiques, saying, “The market for historic Nazi memorabilia is definitely growing. A lot of people are afraid the whole Nazi thing has been forgotten.”

I should have been shocked at that news. But my wife and I had just returned from such an auction, down the road from our house.

To read the full story, find it at WBUR’s online magazine, Cognoscenti.